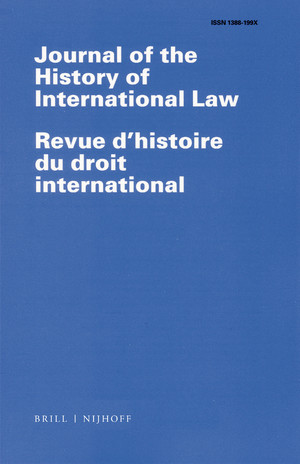 The collection examines the mixture of progressive ideas and realpolitk that informed state socialist contributions to ICL & IHL.

Take a look inside here. 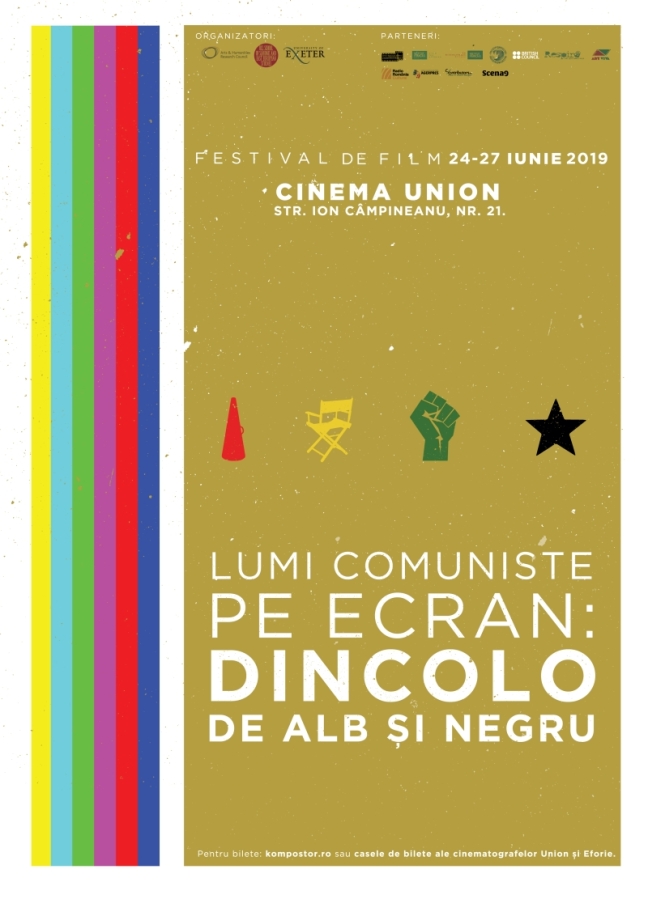 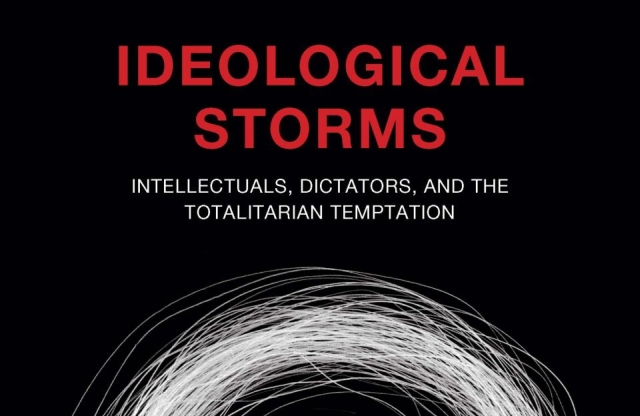 This volume gathers authors who wrote important works in the fields of the history of ideology, the comparative study of dictatorship, and intellectual history. The book is a state of the art reassessment and analysis of the ideological commitments of intellectuals and their relationships with dictatorships during the twentieth century. The contributions focus on turning points or moments of rupture as well as on the continuities. Though its focus is on an East–West comparison in Europe, there are texts also dealing with Latin America, China, and the Middle East, giving the book a global outlook.

The first part of the book deals with intellectuals’ involvement with communist regimes or parties; the second looks at the persistence of utopianism in the trajectory of intellectuals who had been associated earlier in their lives with either communism or fascism; the third considers the role of intellectuals in national imaginations from the left or the right; and the fourth links late twentieth century phenomena to current phenomena, such as the persistence of anti-Semitism in the West, the slow erosion of the values upon which the EU is built, the quagmire in Iraq, and China’s rise in the post-Cold War era. The collection provides a comprehensive overview of intellectual genealogies and dictatorial developments. 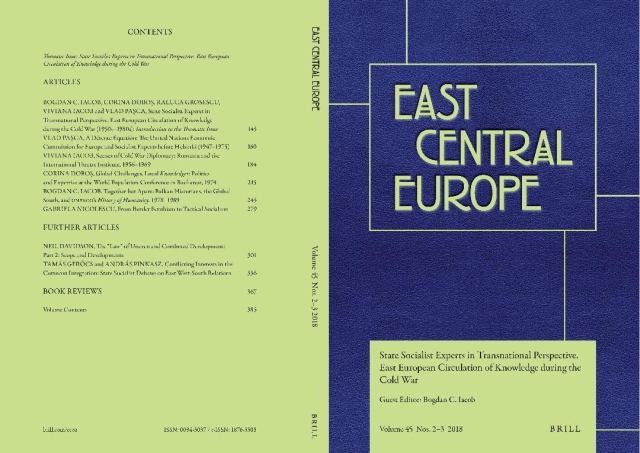 History of Cold War culture has moved in the last couple of years from an East versus West bipolar narrative to investigating the phenomenon from a global perspective. There is a resurgent focus on encounters between the Second and the ‘Third’ Worlds, between socialist states and those from the Global South. My paper is a contribution to the discussion about the role played by theatre exchanges in the cultural dialogue between East and South. Its focus is on Romanian and Indian attempts, starting with the mid-1950s, to bridge the distance between the two cultures. I underline the connection between broader programs of developmental assistance and the entrenchment of cultural relations between Romania and India, particularly in the realm of theatre.

I argue that economic rapprochement constituted the igniting premise for mutual discovery. Drawing from the representation of the socialist camp as the “Second World,” my paper will underline the role of Indian progressive intellectuals in the consolidation of theatre exchanges with Romania – a development that can easily be extended to relations across Eastern Europe. Based on the Romanian-Indian encounter, the paper will flesh out two interrelated evolutions in theatre diplomacy between Eastern Europe and the Global South: the importance of individual elective affinities built by way of bilateral relations in facilitating reciprocal adaptation; and, the conversion of personal experience into more systematic programs of theatre exchanges, which mirrored the developmental assistance of state socialist regimes to post-colonial societies.

at the international conference The Gustian Sociological School after the 23rd of August 1944. Condemnation, Marginalization and Survival during the Communist Regime, University of Bucharest, 27 October, 2017.

at the Institute of Theatre Studies, Ludwig-Maximilians-Universität, München, 25 October, 2017.

Viviana Iacob maps Romania’s involvement with the International Theatre Institute during its first decade of membership. The argument revolves around a number of East –West convergence high points such as the 1959 Helsinki Congress or the 1964 Bucharest Symposium. It analyzes the connections developed by Romanian theatre specialists within the framework provided by I.T.I., the specialized networks they helped create and the domestic impact of these interactions. The article examines the multifaceted Romanian involvement with these projects in national and international context. It begins in 1956, Romania’s first participation at the Dramatic Art Festival in Paris, the forerunner of I.T.I.’s Theatre of Nations Festival. It closes the arc of the story with the 1969 international symposium on training young theatre directors. The article shows that soon after joining I.T.I. ranks, Romanian theatre artist were propelled into the international limelight and were recognized by their Western peers as their equals. It advances the idea that East European theatre practitioners had a role in shaping their respective community of knowledge as much as their Western counterparts did.